The Silver Seas slot machine is developed by the developer Gold Coin Studios. The slot is made in the Pirates , Ghosts , Treasures genre and is available for users of computers, phones and tablets. The slot machine has Medium-high volatility and 96.24% RTP. The playing field consists of 5 reels and 20 lines. The minimum bet starts at $ 0.20 and the maximum goes up to $ 120.

The main features of the slot are Bonus wheels , Jackpot , Stacked symbols. 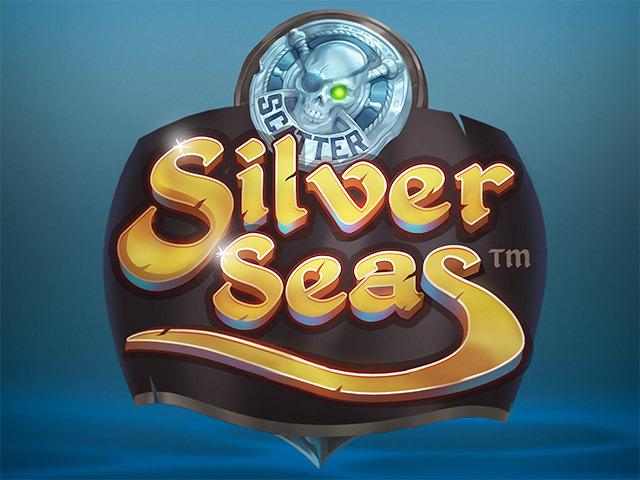 Silver Seas is a new product from Gold Coin Studios provider. The manufacturer has endowed the video slot with a pirate theme. The development functionality is quite simple – it only contains free spins with multipliers and wilds. The theoretical percentage of return is quite good – it reaches 96.24%. Volatility fluctuates between medium and high.

The machine will send the user to the open sea, where he can join a ship with pirates. The robbers are engaged in robbing neighboring ships, thanks to which the player will be able to take possession of the treasures. If pirates seize a large ship, then the gambler will get an impressive reward in the amount of x2,000.

The action of the game is accompanied by a heroic melody that can often be found in films about sea adventures. The background is played by a rock, blue water and several burning bonfires. Prize pictures are depicted in the form of swords, hearts, bottles, silver, gold, bronze cannons and others. At the moment the combination is formed, the winning signs begin to pulsate.

The slot has 20 lines, a 5×3 field and 5 reels. The player can adjust the bet in the range from $ 0.2 to $ 120. You can get a payout for the prize chain if 3-5 identical signs appear on the reels from left to right on the line. Wild (Wheel) is endowed with the standard ability to replace all common symbols. Moreover, the image of the Steering Wheel brings independent prizes.

In the main game, the image of a Silver Coin may appear in the field of view. To receive an instant prize, you will need from 3 to 9 of these pictures. For 9 symbols the Silver Coin is paid x2,000.

If a scatter (Ship) appears on reel 4, 3 and 2, then free spins are triggered. The player will also see the Wheel over the field – its rotation can bring from 10 to 30 free spins with multiplier x2 or x3, respectively. The good news is that the bonus is re-triggered with 3 scatter symbols.

The manufacturer Gold Coin Studios has not provided this video slot with an additional mode. The gameplay can seem monotonous due to the small set of bonuses.

The development of Silver Seas will appeal to connoisseurs of pirate storylines and simple functionality. There is no additional round in the slot – this does not reflect in the best way on the gameplay. In the main round, the user has access to free spins with multipliers, as well as instant rewards up to x2,000.

In terms of visual perception, the Silver Seas slot machine pleases with its colorful graphics and high-quality animation. Atmospheric background sounds create the feeling of being on a pirate ship. The risk in this game is quite justified, given the good theoretical percentage of return and a sufficient maximum payout at medium-high volatility.